Note: This article is about making money online by selling your photographs. The top 10 most essential microstock agencies are analyzed here. Microstock agency are marketplaces for buyers and photographers.

There are now tens of microstock agencies out there and new agencies pop-up quite often, some being closed too like LuckyOliver, which was quite good actually and many contributors loved it. The microstock market is certainly booming right now and will continue to grow, even big names in the traditional stock industry turned their views on microstocks, Getty Images owns now the oldest microstock agency – iStockphoto and is preparing partnership with Flickr, Corbis created SnapVillage, InMagine has it’s microstock clone – 123RF and other alliances and acquisitions will probably follow. There are now in my opinion 4 big players in the microstock market: iStockphoto, Shutterstock, Dreamstime and Fotolia which all have the biggest collections of over three million pictures and have most of the market share. Then there are two agencies that follow the “big four”: 123RF and BigStockPhoto, both in the market for quite long and with a large database of clients and contributors.

I decided I’ll try to compare and analyze these 4 + 2 biggest microstocks today from the contributors point of view and present you with some statistics. Beside these 6 biggest agencies I included another 4 agencies with high potential for the future, but there are of course other few agencies out there that can present some value too. So I might say it’s the list of 10 most essential microstock agencies today!

iStockphoto is the oldest microstock agency and is the founder of the microstock market sort of speaking. This is a must for every microstock shooter and many photographers work exclusively with iStockphoto, but I wouldn’t advise you to do so if you’re a beginner. It seems that they don’t offer high commissions, but they have many buyers and their paychecks are often the biggest.

Dreamstime is my personal favorite and my best selling agency so far. I like almost everything about dreamstime, starting with the web-site design, it’s functionality, ease of use and of course the commissions. It looks like these guys are doing everything for the photographer and if I could recommend just one microstock agency that would definitely be dreamstime. It is fairly easy to get your pictures approved with them, they have a thriving community of photographers that interact and you can easily check on how other fellow photographers are doing. One of the big advantages over other microstock’s is that they accept editorial images and their editorial collection keeps on growing and many major events get covered.

Shutterstock is one of the best paying agencies and photographers just love it, though it’s not that easy to get accepted, but once you’re in – you get a guaranteed income. Shutterstock works on a subscription basis, so the buyers do get a lot of downloads and photographers get payed for each and every download.

Fotolia is one of the “big four” microstock agencies. It is marketed well worldwide and you can register according to your region and get payed in your local currency. All in all a nice platform for both buyers and contributors with decent pricing structure and consistent payouts. Can be a good agency to start with for newbies and get to know what microstock market is all about.

123RF has done a lot effort lately and the future with them is very promising. It is the sister company of traditional stock agency INMAGINE which uses it’s technologies and experience. They offer a good payout and this could be the agency to catch up the leaders in the future. It’s easy to build a portfolio with them and pretty soon you will be getting enough payouts as they have enough subscribers already that will be interested in your imagery.

BigStockPhoto has been on the market for some time and used to be quite good, but nowadays is left a bit behind. Still it’s certainly an agency worth submitting to and depending on your portfolio size once in a while you’ll be rewarded for your contributions. I think they’ll need to reorganize soon to adopt to the new trends, but all in all it’s a fairly good choice. Go with them only after you joined the ‘big four’ agencies and see how it goes. One more thing I would remark is the fact that it’s rather difficult to understand and get used with the site’s functions and navigation, but it’s not a major drawback.

YayMicro is the most recent newcomer into the world of microstock, but with great potential. They provide both editorial and creative images for sale and their collection is growing fast. The great thing about YayMicro is site’s functionality and ease of use, but what it lacks now is more contributors and more photographs. It’s a Scandinavian agency with an emphasis on simplicity and it’s accounted in Euro. It is a good agency for newbies as they claim they are not picky and will accept most of your images which will give boost to you, but it will probably take more time to get sales as it is still a young microstock. Let’s hope they manage to attract more buyers.

StockXpert is probably the most dynamically developing microstock agency which puts priority on image’s quality. They offer unlimited access packages which is a novelty and managed to coop with Jupiter Images, Photos.com and other smaller vendors. This is an outsider that grows fast and is most definitely worth submitting to, many photographers already consider StockXpert as a steady source of income.

Crestock would be one of the other agencies out there to consider joining, but only if you are looking for some additional income whilst having a large colletion of microstock images already. Crestock editors are extremely picky and it’s not about quality, they just prefer to select the images they consider worth adding to the collection. The agency is not that big, but is quite well known and you might consider submitting images to Crestock as they will still probably make it to top 10.

SnapVillage is the microstock agency that wanted to re-invent the industry, but was ignored by most of traditonal microstock contributors and now tries to adopt to the real world. SnapVillage is Microsft’s product so don’t expect it to be technologically advanced and bug-free, it will probably take them years till they get fully functional. But the advantage of SnapVillage is the big name behind it – Corbis, so watch this agency closely! You also set the price yourself from $1 to $50 per image.

Conclusions:
If you’re new to microstock and just consider joining one of the agencies first to see how it goes and understand better what they need I would suggest you joining these three first: Dreamstime, Fotolia and YayMicro. iStockphoto and ShutterStock are more picky and more difficult to get approved with them first, so just leave them for a while before you build a small portfolio with Dreamstime and Fotolia. I also suggested to join YayMicro, since they will probably accept most of your stuff and you’ll like the ease and functionality they offer, but do not expect any income from them soon. Also I would suggest you read the article I wrote previously on “How to earn money by selling your pictures through microstock agencies”. 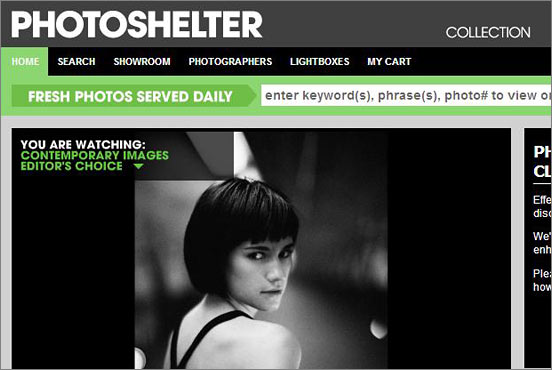 The day I found out the PhotoShelter Collection died 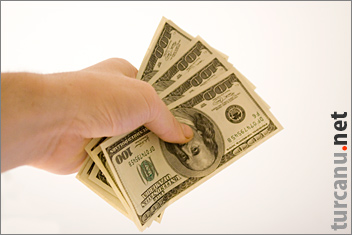 How to earn money by selling your pictures through microstock agencies.